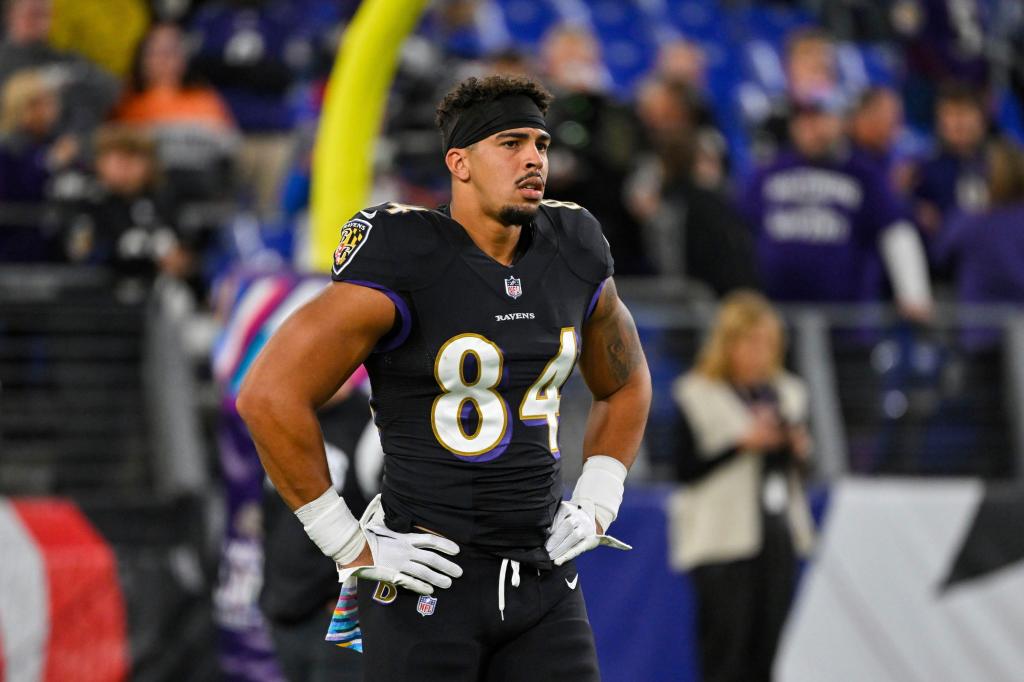 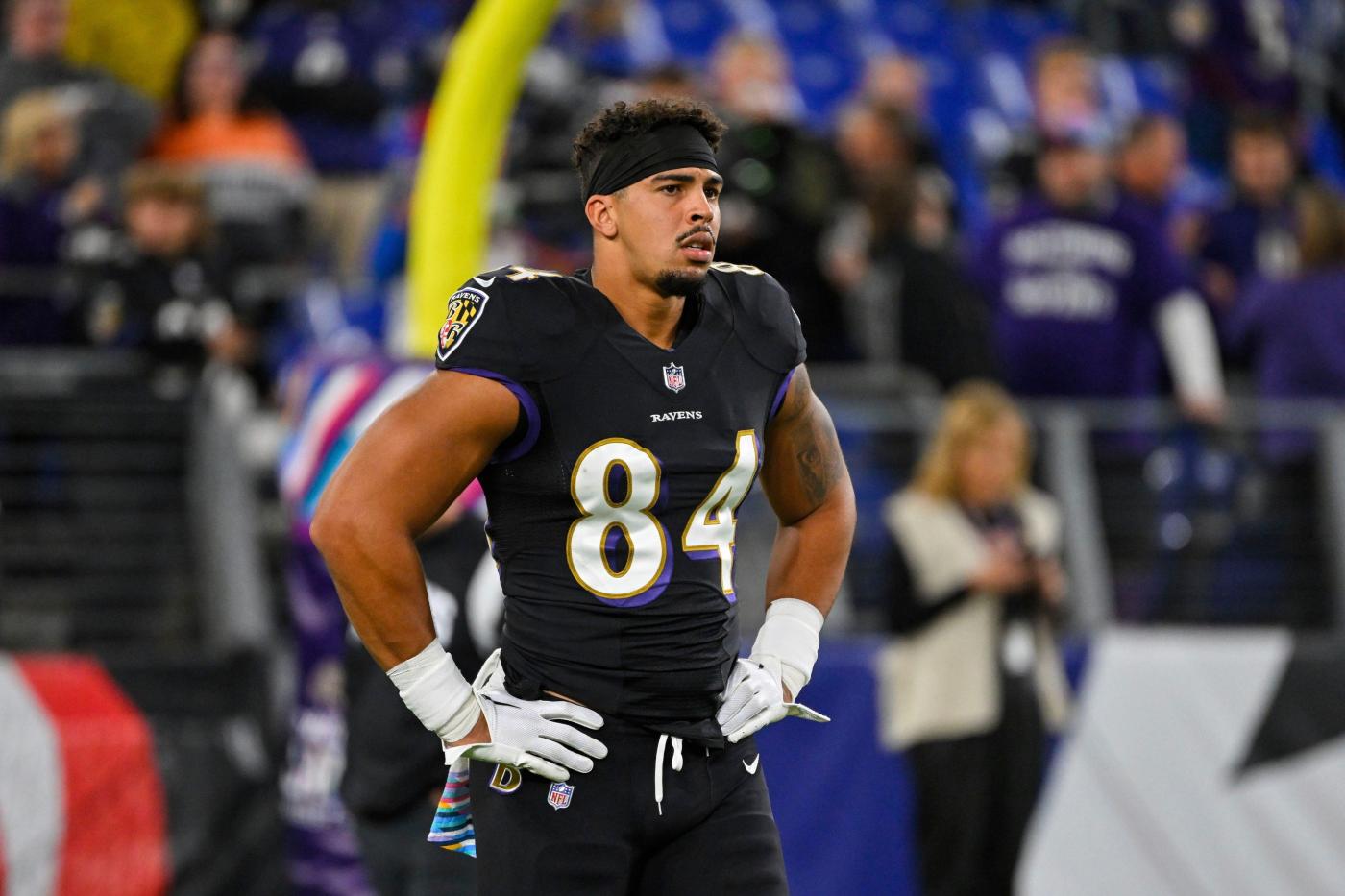 Out of kindness, we might say he was not guaranteed a job when the Ravens arrived for training camp in late July. In truth, Josh Oliver was not even part of conversations forecasting the last few players to make the team’s 53-man roster.

“No one was talking about him; you guys hadn’t talked about him much, right?” coach John Harbaugh said last week to a gaggle of media members. Heads shook in reply.

At tight end, the Ravens had an All-Pro starter in Mark Andrews, a recuperating team pillar in Nick Boyle, two fourth-round picks in Charlie Kolar and Isaiah Likely and a hybrid fullback in Patrick Ricard. What work could possibly remain for Oliver, a guy who’d caught a dozen NFL passes total since he was a third-round pick in 2019?

Oliver did not see it this way.

“Josh just flat out won a job; he won a roster spot in training camp,” offensive coordinator Greg Roman said. “It was definitely not a sure thing, and he just won it. For him to not be on the team for us would have been ridiculous with how he was improving. … He just made us put him on the team, and he continues to make us play him.”

Oliver, 25, has transformed himself into one of the key blockers for Roman’s vaunted running attack. He will return to the site of his early NFL frustrations when the Ravens face the Jacksonville Jaguars, the team that drafted and then traded him, on Sunday.

“It was tough,” he said of those injury-marred two years. “It helped get me to where I am at this point, but there were definitely some obstacles I had to overcome. … I feel like I overcame it and grew from it. You learn not to take anything for granted.”

Any successful NFL team will feature a few heroes no one saw coming.

Safety Geno Stone began the summer on the Ravens’ roster bubble. If the 2020 seventh-round pick was going to make the final 53, it would be because of his special teams acumen. No one envisioned him taking snaps away from incumbent starter Chuck Clark, prize free-agent addition Marcus Williams or first-round pick Kyle Hamilton. But Williams dislocated his wrist in Week 5, and Stone, with his rock-solid knowledge of the defensive playbook, stepped in as a starter on the back end. He has the third-highest coverage grade of any safety in the NFL through 11 weeks, according to Pro Football Focus.

When the Ravens signed wide receiver Demarcus Robinson off the Las Vegas’ Raiders’ discarded pile in August, most observers thought he would make the team, but only as veteran insurance behind No. 1 wide receiver Rashod Bateman and 2020 third-round pick Devin Duvernay. Now that Bateman is out for the season with a foot injury, however, Robinson has become quarterback Lamar Jackson’s favorite outside target. He caught all nine passes thrown his way for 128 yards in the Ravens’ Week 11 victory over the Carolina Panthers and was the most productive wide receiver in the league, according to Football Outsiders’ DYAR rankings.

Of all these unsung heroes, however, none was less sung than Oliver.

With his chiseled 6-foot-5, 259-pound frame and 4.6-second clocking in the 40-yard dash, he looks the part as much as anyone in the Ravens’ locker room. He hails from a remarkable athletic family that includes former NFL defensive back Clarence Oliver and former major league starting pitcher Darren Oliver. He broke out as a senior at San Jose State despite facing frequent double teams, and the Jaguars envisioned a red-zone monster when they used a high third-round pick to snag him.

But a hamstring injury cost him the first six games of his rookie year, and a broken foot cost him all of the 2020 season. The Jaguars were not overflowing with star power at tight end, but they essentially dumped Oliver in March 2021, trading him to the Ravens for a conditional seventh-round pick.

In his new home, coaches talked about him more in terms of potential than expected production: What might he add to an offense if he harnessed all those physical tools? “It’s just going to come down to … He’s learning, he hasn’t played a lot of football in the NFL, but he’s a talented guy,” Harbaugh said at the start of Oliver’s first training camp with the Ravens. He made the roster and played in 14 games but his nine catches and inconsistent blocking did not add up to a slam-dunk case for remaining on the team in 2022.

“Here’s a guy, [after] three years in the league for various reasons, he hadn’t quite gotten over the hump yet,” Harbaugh said.

Oliver stared his NFL mortality in the face — “It’s always in the back of your head, but you also get urgency from it,” he said — and bulldozed over that hump by transforming into a player no one foresaw when he was a draft prospect: a block-first destroyer.

The delight in teammates’ and coaches’ voices as they describe his transformation testifies to Oliver’s embrace of football’s dirtier arts.

“As far as his blocking, it is so much improved from a year ago, probably as much as any player I’ve ever worked with over one year’s time,” Roman said. “It’s a credit to him. I definitely think teams that are getting ready to play us around the league, they’re probably … I can envision them watching us and looking at him saying, ‘Holy cow, who is this guy?’”

Tight ends coach George Godsey gushed after watching Oliver throw his body at New Orleans Saints edge rushers Cam Jordan and Marcus Davenport in Week 9: “I think he walks out there breaking the huddle and puts his hand in the dirt. This guy is a physical player out there.”

Oliver forced his way into the lineup in the role Boyle used to own. He has played at least 30% of the team’s offensive snaps in every game this season, acting as a run blocker on about 62% of those, according to Pro Football Focus. He grades as the sixth-best run blocker among all tight ends, per PFF. His seven catches on 12 targets won’t blow your eyes out the back of your head, but that’s not what the Ravens are asking of him.

“There was not a lot of talk about Josh Oliver before the season,” Andrews said. “And then you see how good he’s playing, his body, just everything he’s doing. Hats off to him; he’s been a big part of this offense, a big part of what we’re doing. It’s play in and play out of him just mauling dudes.”

Oliver cited Boyle as his role model for improving as a blocker. “Just watching him every day, seeing him work at his craft, really helped me out,” he said. “First and foremost, it starts with attitude. After that, it’s technique and want-to.”

With Oliver, Likely, Boyle and perhaps Kolar (yet to play because of sports hernia surgery) in the mix, Andrews described the Ravens’ tight end room as “scary.”

“For [Josh] to earn the playing time he has in that room even says more I think,” Harbaugh said.

“I think in a lot of ways, this season has been what I wanted it to be,” Oliver said. “I’m finally able to be a factor in the way I want to be, and I feel like it’s just starting.”