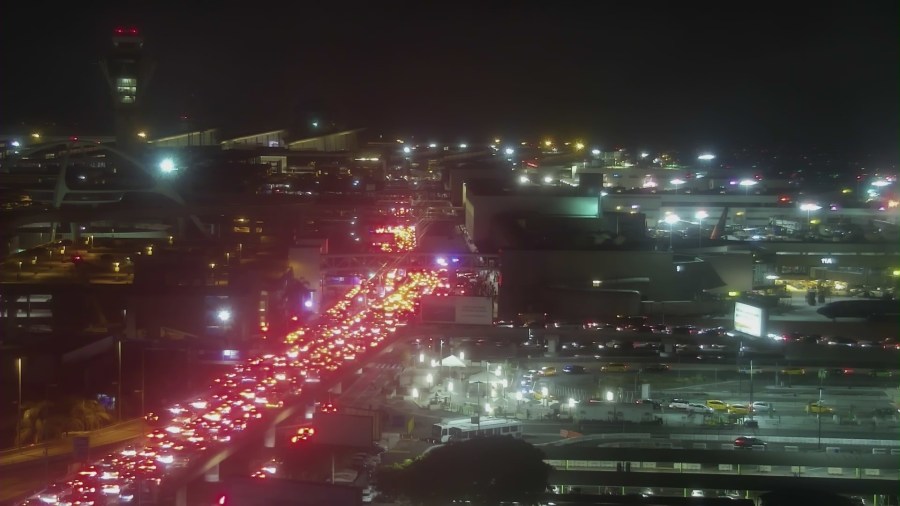 Traffic was backed up at LAX and Terminal 3 was largely shut down after a suspicious package was found Sunday night.

The package was reported at about 10 p.m., and passengers and employees have been removed from the ticketing area of Terminal 3, an LAX spokesperson said.

“Police have determined it is safe to open Terminal 3 and traffic will begin moving on the upper level shortly. Thank you for your patience as safety is our first priority,” LAX said on Twitter.

During the investigation, the airport urged travelers to allow for delays.

“Traffic coming into the airport is slow and backed up due to the police activity on the upper level. Please allow extra time to get to the airport,” LAX said on Twitter.

The airport also suggested “using the lower level during this time if dropping off or picking up.”

“Traffic coming into the airport on the upper level is being diverted near Terminal 1 so please use the lower level for much faster access. Traffic is very heavy along major access routes so please allow extra time to reach the terminal area,” the airport added.