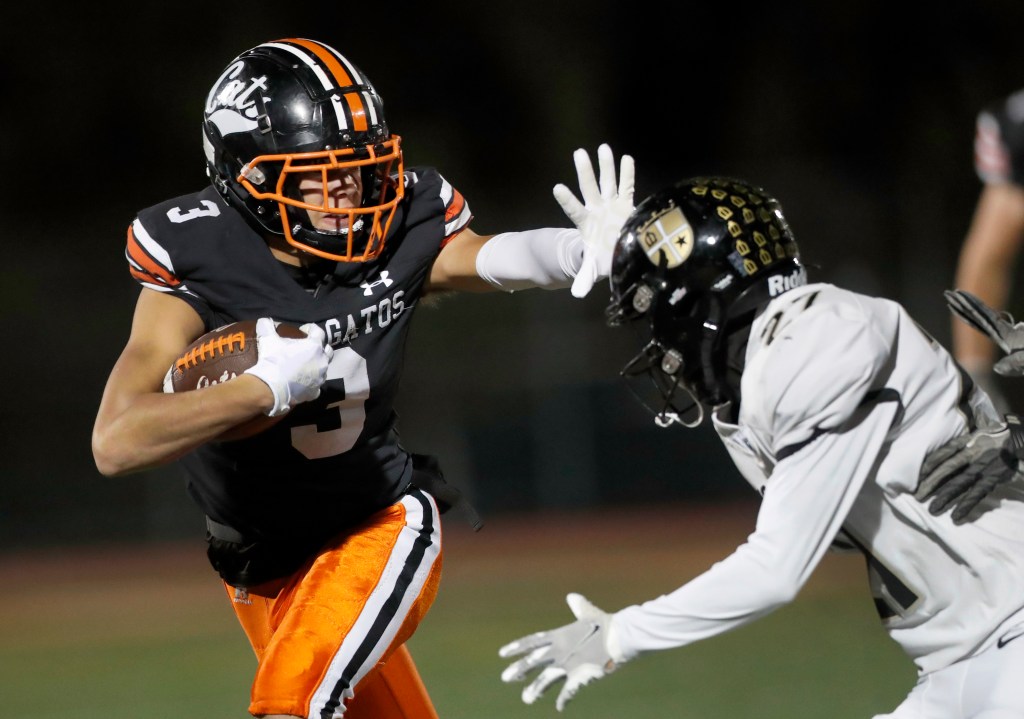 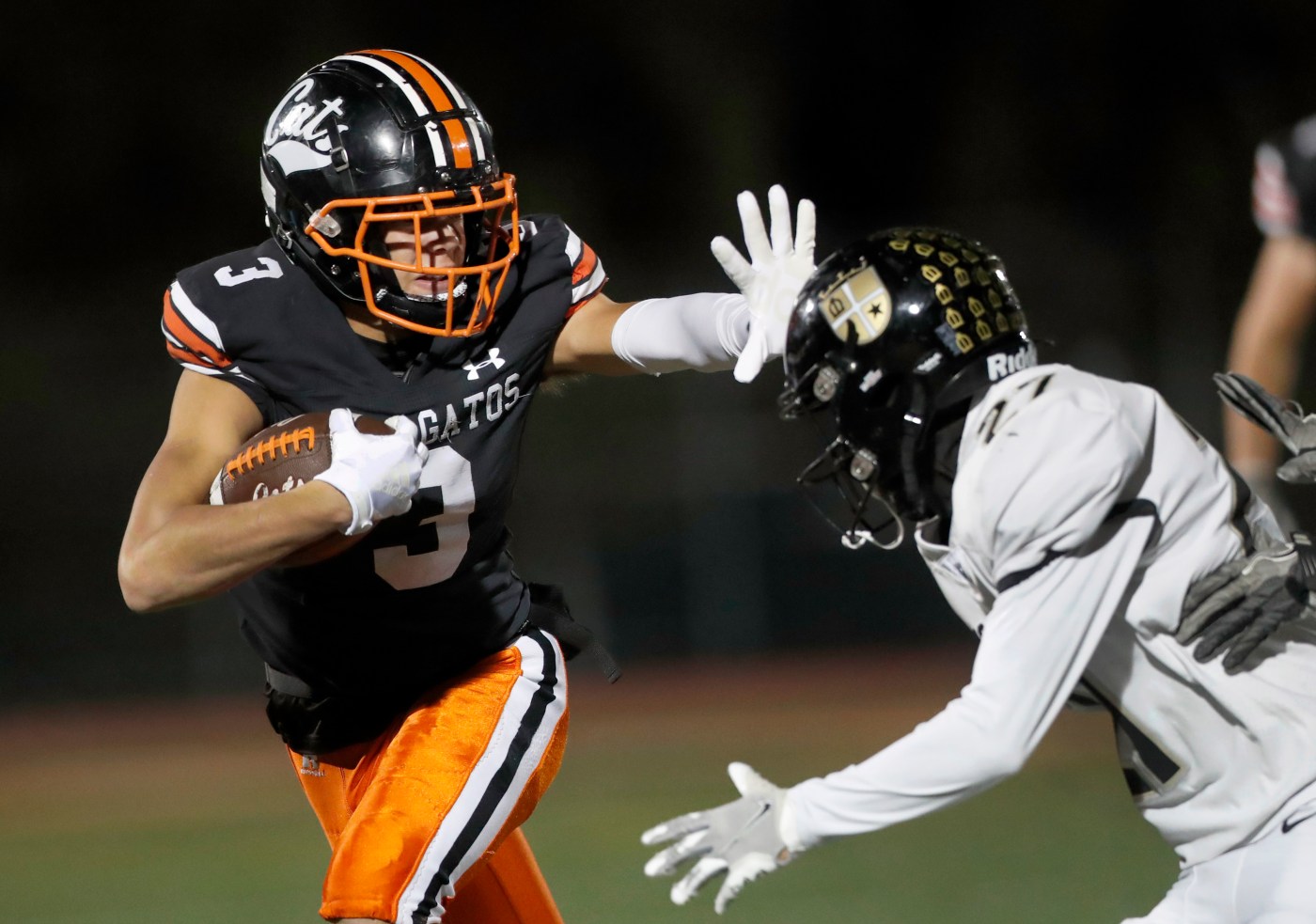 The Bay Area News Group is recognizing the top high school football players in its coverage area from the 2022 season.

The team was selected by members of our high school sports staff.

BVAL Santa Teresa-Foothill Division most valuable player led Branham to the league title and a CCS final with an epic dual-threat QB season. Threw for 2,049 yards and 22 touchdowns and ran for 2,171 yards and 30 TDs.

Bay Valley Athletic League’s co-MVP and first-team quarterback led a team that averaged 35.3 points per game. Threw for 1,785 yards and 19 touchdowns and ran for 790 yards and 14 TDs. Bound for Eastern Washington.

LB/TE was named first-team all-West Catholic Athletic League as he helped Bellarmine reach the 3-A state championship game. Had 149 tackles, 24 for loss, 2.5 sacks and two interceptions. Ran for a touchdown.

West Catholic Athletic League junior of the year stood out as a linebacker and short-yardage ballcarrier. Averaged 6.7 tackles per game and ran for six TDs as Serra won WCAL and CCS Division I titles.

WR/DB/P was the PAL/SCVAL De Anza Division’s most valuable player as he helped lead the Wildcats to the league title. Averaged nearly 50 yards receiving per game and scored 11 TDs. Intercepted two passes.

DB/RB was an all-West Catholic Athletic League first-team pick. Rushed for 631 yards and four touchdowns. Had two interceptions on a team that went 6-1 in league play after starting the season 1-3.

PAL/SCVAL El Camino Division offensive player of the year was a dual-threat quarterback. Threw for 19 touchdowns with only one interception and ran for 557 yards and six touchdowns.

RB/DB was the PAL/SCVAL El Camino Division’s most valuable player. Rushed for 1,312 yards and 14 touchdowns as TKA won the league title. Caught two TD passes. Also returned a kickoff, an interception and a fumble for touchdowns.

Coach of the year

Overall player of the year