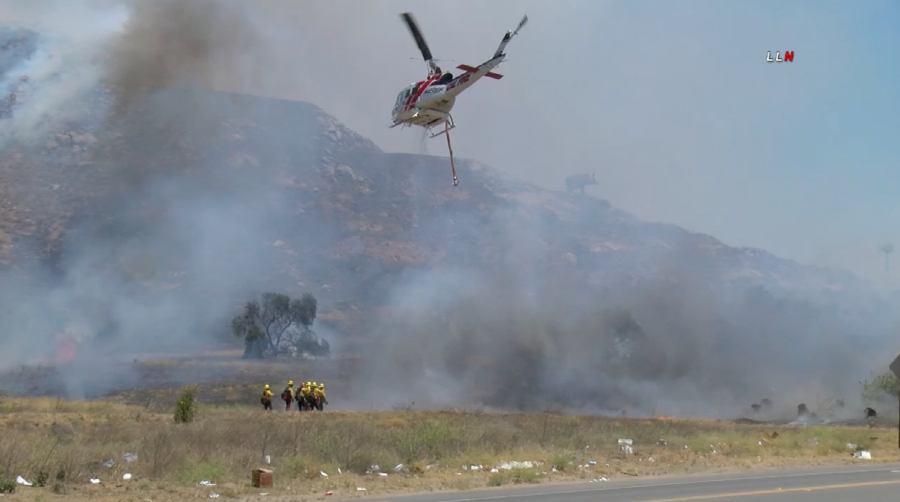 The blaze, dubbed the Pyrite Fire, was reported at three acres around 12:50 p.m. in the area of Granite Hill Drive and Pyrite Street, Jurupa Valley, according to Cal Fire Riverside.

Evacuation orders were issued for the discovery center at 7621 Granite Hill Drive a short time later.

The fire was burning at a moderate rate of spread, and in light flashy fuels, Cal Fire Riverside officials said.

By 2:45 p.m., firefighters had stopped the fire’s forward spread, keeping the blaze 10% contained and 60 acres, according to Cal Fire.

Officials earlier estimated the fire at 100 acres, but later determined it had burned 60 acres.

Granite Hill was closed in both directions as crews battled the fire.