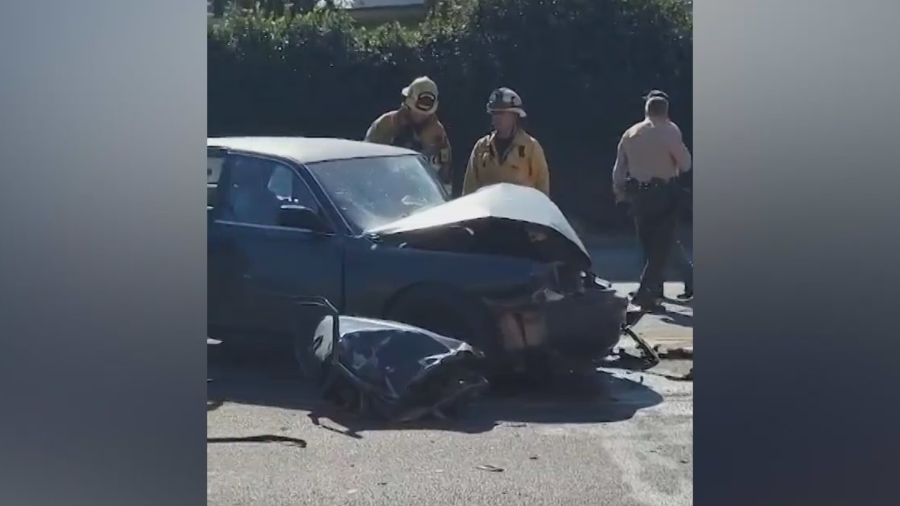 The crash occurred near the intersection of Paramount Boulevard and Glendora Drive just before 10:40 a.m.

Both the Los Angeles County Sheriff’s and Fire Departments responded to the scene where a four-door sedan and a minivan were severely damaged from the crash.

Crews with L.A. County Fire had to extricate one person who was trapped inside the vehicle. That victim was transported to the hospital in critical condition.

Four other people were also transported to the hospital with minor to moderate injuries.

LASD is investigating the cause of the crash.