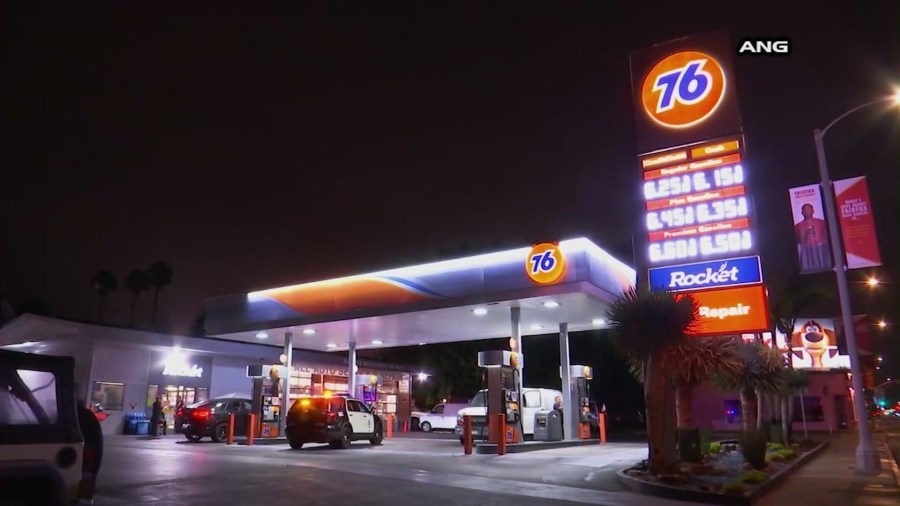 The incident was reported about 4:15 a.m. at a 76 gas station on Melrose Avenue near North Fairfax Avenue.

Authorities were able to track the stolen phones to the area of Cole Place and Lexington Avenue in Hollywood, where they had been dumped.

No other property was recovered, Madison said.

Police are still searching for the suspects, who were described as Black men standing about 6 feet tall. Two of the suspects were said to be wearing dark-colored clothing.

Investigators believe the victims were targeted and followed to the gas station.

None of the victims were injured in the incident.