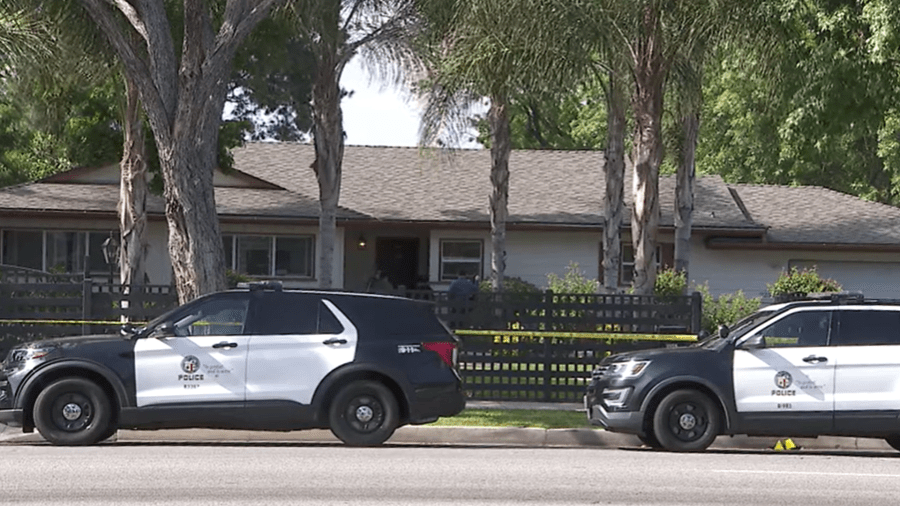 Three children who were allegedly killed by their mother in West Hills over the weekend were identified Tuesday.

Police had originally said two of the boys were 8 years old.

The mother, identified as 38-year-old Angela Flores, was arrested Sunday after her three children were found dead inside their home.

She admitted to investigators that she killed her kids and was helped by a teenager, the Los Angeles Police Department said Monday.

The unidentified 16-year-old was also detained in connection with the investigation, the LAPD said.

Police were called to the home in the 22500 block of Victory Boulevard around 7:40 a.m. Sunday and found the three children unresponsive. The kids were declared dead at the scene.

No information about the cause of death for the children has been released.

Neighbors said they heard a woman screaming Saturday night while holding a candle and a bible.

“I figured she was just in the wrong place … mentally not OK, but it ends up being she lived two houses down from us,” neighbor Pricila Canales said.

Another neighbor said there was no reason to suspect anything was wrong at the home prior to the incident.

“They have the nicest house on the block. They looked like really nice people. No reason to suspect anything,” he said.

Flores has been booked on suspicion of three counts of murder and is being held on $6 million bail.

The 16-year-old was arrested on suspicion of one count of murder and is being held without bail at Sylmar Juvenile Hall, according to LAPD.