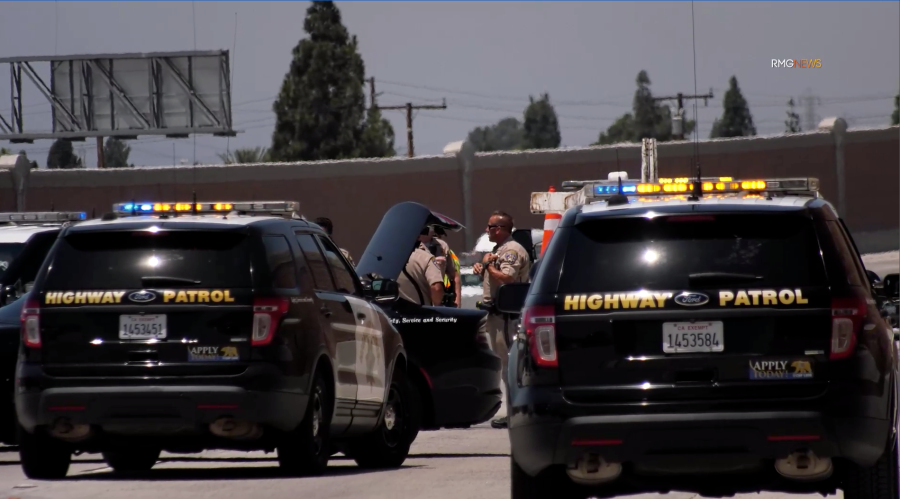 Three people were detained after a man was shot in the face while driving along the 5 Freeway in Norwalk Monday morning, officials said.

The California Highway Patrol got a call about a freeway shooting about 11:45 a.m., Officer Eric Torres told KTLA.

Witnesses told authorities there was heavy traffic at the time of the shooting.

The assailant, who was traveling in the No. 3 lane, got out of his vehicle, walked to a Penske truck behind him, opened the victim’s door and fired an unknown number of shots, Torres said.

The assailant then got back into his vehicle, a silver BMW sedan, and fled the scene.

Witnesses provided authorities with a license plate number, and officers located the car at a gas station near the intersection of Lake Avenue and Maple Street in Pasadena. Three people described as suspects were detained, CHP said in a news release.

The three suspects were detained and the vehicle was taken for evidence.

CHP detectives are currently investigation the circumstances that led up to the shooting and any witnesses are asked to call Detective Chris Chambers at 562-868-0503.

The victim, believed to be in his 40s, was taken to a hospital and is being treated.