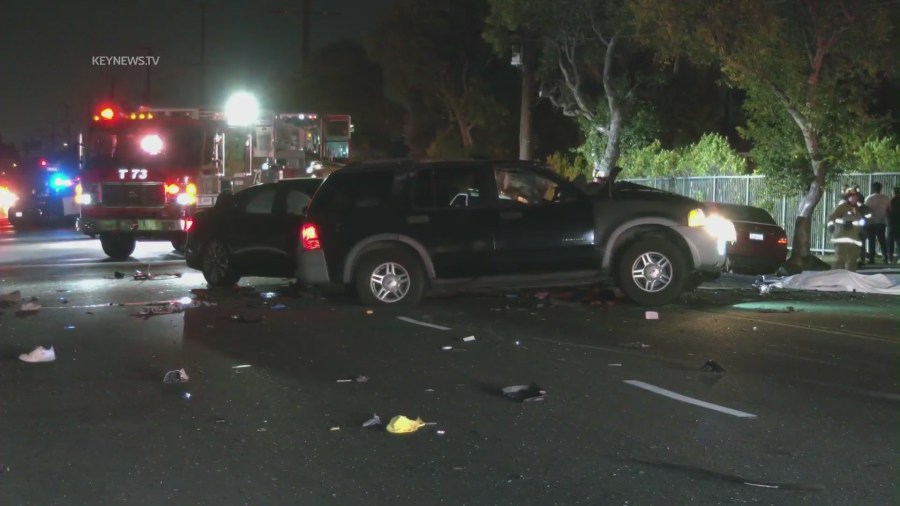 At least three people are dead after a three-car crash in Winnetka Sunday evening, the Los Angeles Fire Department said.

The crash occurred at about 9 p.m. in the 19700 block West Vanowen Street, the LAFD said in an alert.

Three people were declared dead at the scene, while as many as seven people “are being evaluated with varying injuries,” the Fire Department said.

The update added that six people were hurt, all of whom “sustained potentially serious injuries due to the mechanism of injury but all were stable upon transport,” the Fire Department added.

Their names, ages and genders were not immediately available.

A preliminary investigation indicates that a black Ford Explorer was traveling at about 65 or 70 mph when it hit a dip and crashed into two other vehicles, according to the Los Angeles Police Department.

The three men who died were in the Explorer, police added, while a pregnant woman in one of the cars that was hit is OK.