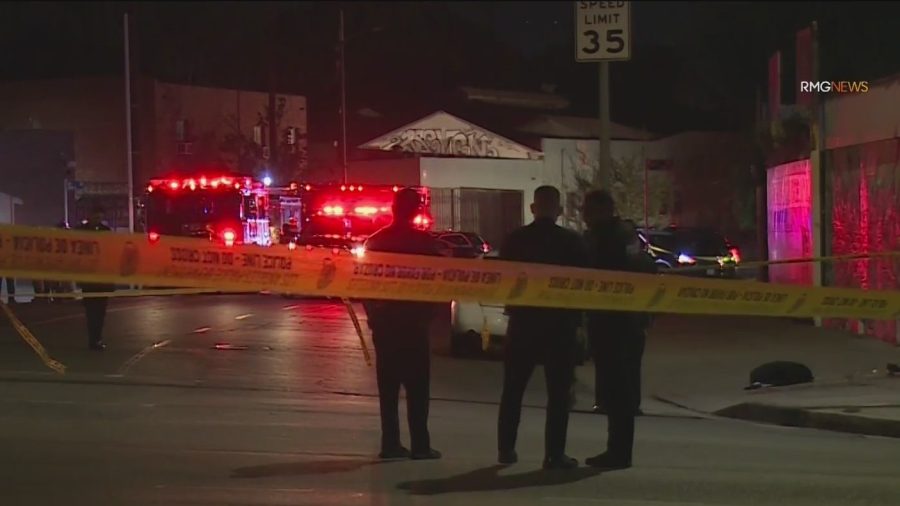 Three people are dead and three others are hospitalized following a shooting at an underground party in Boyle Heights.

The scene sprawled a large swath of the neighborhood with crime scene tape surrounding the building and the adjacent street.

Two people were found dead inside and a third person was transported to the hospital where he was pronounced deceased.

The building was staffed with security guards who police believe may have returned fire during the shooting.

The shooting killed three men who are believed to be in their 20s. Their identities have not yet been released.

Three other men and a woman of the same approximate age were also injured. Two of the men are in stable condition, but the third is listed as critical, LAPD officials said. The woman was treated at the scene and released.

No arrests have been made at this time and police have not identified any suspects.

The motive for the shooting is unclear at this time and detectives are working to determine if it may have been gang motivated.

Anyone with information related to the deadly shooting is encouraged to contact the Los Angeles Police Department’s tip line at 1-877-527-3247. You can also submit an anonymous tip online at LACrimestoppers.org.