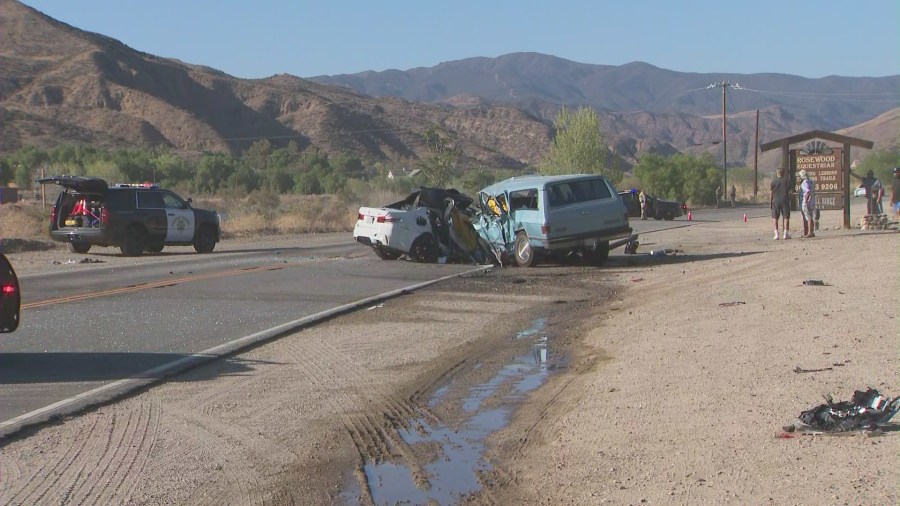 Three people are dead and two were critically injured after a traffic collision in Santa Clarita.

The crash occurred at 4:11 p.m. at San Francisquito Canyon and Riverview roads, according to the Los Angeles County Fire Department.

Footage from the scene shows a white BMW and an older blue SUV that collided and remain smashed together.

The three fatalities were declared at the scene, and no information has been released about the two people who were injured.

It remains unclear if any other occupants were involved.