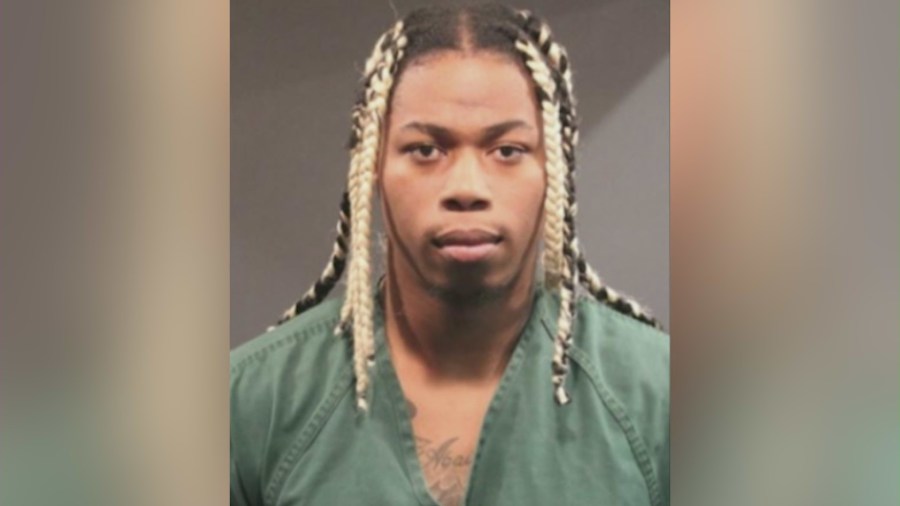 A 28-year-old man has been arrested for kidnapping, sexual assault and robbery officials with the Santa Ana Police Department announced Wednesday.

The incident occurred on Jan. 16, at around 7 p.m., when the suspect, identified as Quinnton Xavier Roberson, kidnapped a 19-year-old female in the parking structure of the Main Place Mall.

“Detectives believe Roberson stalked the victim while she shopped and followed her to her vehicle,” authorities said in a news release.

Police said that’s when Roberson forced the victim to drive to a secluded parking lot in the 400 block of South Flower Street in Orange.

There, the 28-year-old sexually assaulted the victim, stole her personal property and fled the scene.

The victim then drove herself to a nearby convenience store and called the Orange Police Department. Officers and detectives with Santa Ana PD responded to the scene and assumed the investigation.

Roberson was taken into custody within 24 hours, police said. Officials did not release any information regarding the circumstances or location of his arrest.

“It is through the diligent efforts of our detectives from the Special Crime Section, who worked tirelessly through the night, that this violent and dangerous suspect was taken into custody within 24 hours of the crime being reported to our Department,” Chief David Valentin said in the release.

Roberson, who has a prior arrest for a similar incident in 2022 and a prior conviction for assault with a deadly weapon, was booked at the Orange County Jail. His bail was set at $1 million.

Detectives believe the 28-year-old may have other victims and are asking anyone with relevant information to Detective M. Thomas at 714-245-8346 or by email at [email protected] Anonymous tips can be made through Orange County Crime Stoppers at 855-TIP-OCCS.