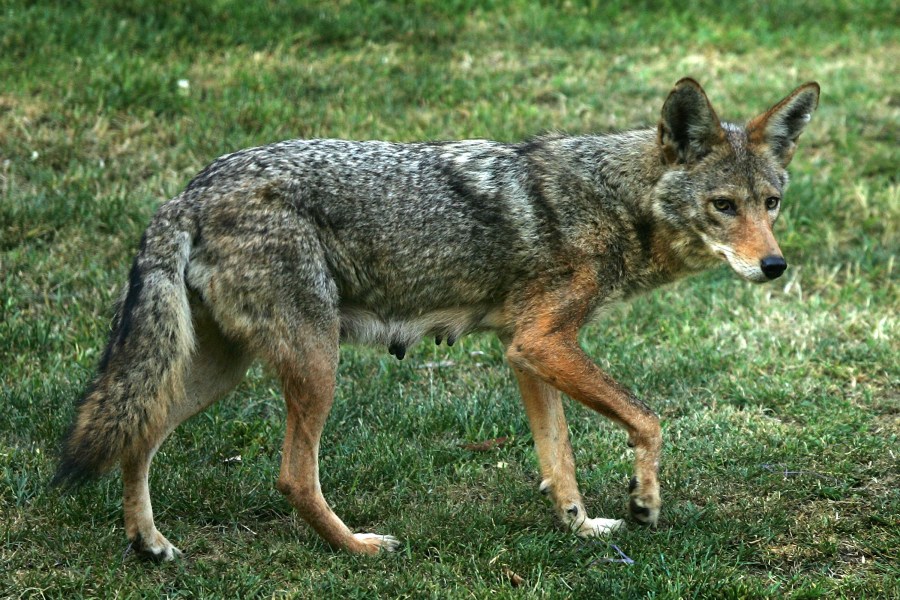 Around 8:30 p.m. Tuesday, the lone coyote attacked the child at Mile Square Park near Euclid Street and Stonecress Avenue, the Fountain Valley Police Department said in a news release.

The child was treated at an area hospital and is recovering from her wounds, according to the California Department of Fish and Wildlife

The attack was not immediately reported and initial efforts to locate the animal were unsuccessful.

However, the California Department of Fish and Wildlife and the U.S. Department of Agriculture are now searching the area to find and euthanize the coyote, police said.

Wildlife attack investigations consist of an effort to obtain samples from the victim via bite wounds, scratches, or clothing that may contain the animal’s DNA, the Department of Fish and Wildlife said.

“The community is encouraged to continue to haze coyotes and keep small children and pets under close supervision,” Fountain Valley Police said.

Just two months ago, police shot two coyotes after another 2-year-old child was bitten near Huntington Beach Pier. The animal bit the child and knocked her down, inflicting injuries that were described as being not life-threatening.

Coyote attacks are not uncommon in California, Capt. Patrick Foy of the California Department of Fish and Wildlife told KTLA at the time of that attack.

“They do tend to go after the smallest of the group and those are the really young ones,” Foy said, adding that coyotes are quick and silent.