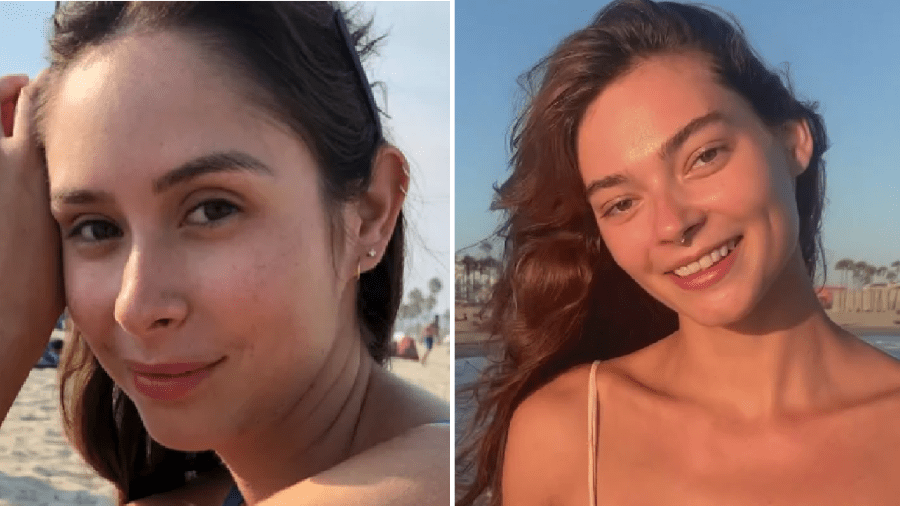 David Brian Pearce, 40, was charged with two counts of murder and two counts of sale/transport/furnish a controlled substance, according to the Los Angeles County District Attorney’s Office.

Pearce had previously been charged with several counts of sexual assault against seven victims spanning a 13-year period, officials said.

Brandt Walter Osborn, 42, was charged with two counts of accessory after the fact.

Giles and Cabrales-Arzola were apparently drugged during a night out together last November. At some point, the women became incapacitated and were left at separate hospitals more than 12 hours after anyone had heard from them.

LAPD said the women overdosed at a home in the 8600 block of Olympic Boulevard in West Los Angeles.

Masked men in a black Toyota Prius with no plates dropped off Giles’ body outside a hospital in Culver City on Nov. 13.

Two hours later, Cabrales was left unconscious and in critical condition at a different hospital in West Los Angeles. She died later that month after being declared brain dead.

Giles died just one week after her 24th birthday. Her cause of death was listed as multiple drug intoxication. Cocaine, fentanyl, gamma-hydroxybutyric acid, or GHB — a sedative — and ketamine were found in her system, records show.

Cabrales-Arzola, a 26-year-old interior designer visiting from Mexico, died on Nov. 29, just days before her birthday. Her official cause of death was listed as organ failure, but a secondary cause was also multiple drug intoxication. Cocaine and MDMA were found in her system, records show.

Both deaths were listed as homicides.

Pearce and Osborn, along with a third man, were arrested in connection with the deaths in December.

Pearce previously faced a manslaughter charge and was being held on $1 million bail. The other two men were booked on suspicion of being an accessory to manslaughter.

Pearce and Osborn are now scheduled to be arraigned July 11.

In announcing the charges, District Attorney George Gascón said the victims’ loved ones are “one step closer in the search for that truth,” and encouraged other potential victims victims to come forward.

“I recognize that these charges are a small consolation to the friends and family members of Ms. Arzola and Ms. Giles. I’m sure that they want to know what happened to their loved ones and why,” Gascón said.
“Although we know nothing can bring these daughters and friends back to us, I promise that my office will do everything in its power to hold those who harmed them accountable.”

In a statement Tuesday, the attorney representing Giles’ husband said he was “encouraged” by the charges.

“We continue to work tirelessly to cooperate with authorities to obtain justice for Christy and Hilda. We hope this tragedy will bring the kind of change that protects other women from harm,” the statement read. “Christy had nothing but love and loyalty for the people who mattered to her, and it’s beyond cruel that this vibrant young woman was robbed of the bright future she had envisioned.”

Anyone with additional information about the defendants, or who believes they may have been victimized by them, is asked to call District Attorney’s Office at 877- 542-9370 or the Los Angeles Police Department’s west homicide bureau at 213- 382-9470 to report their assault.

“My office and our Bureau of Victims Services stand ready to listen, assist and support you. You are not alone,” Gascón said.