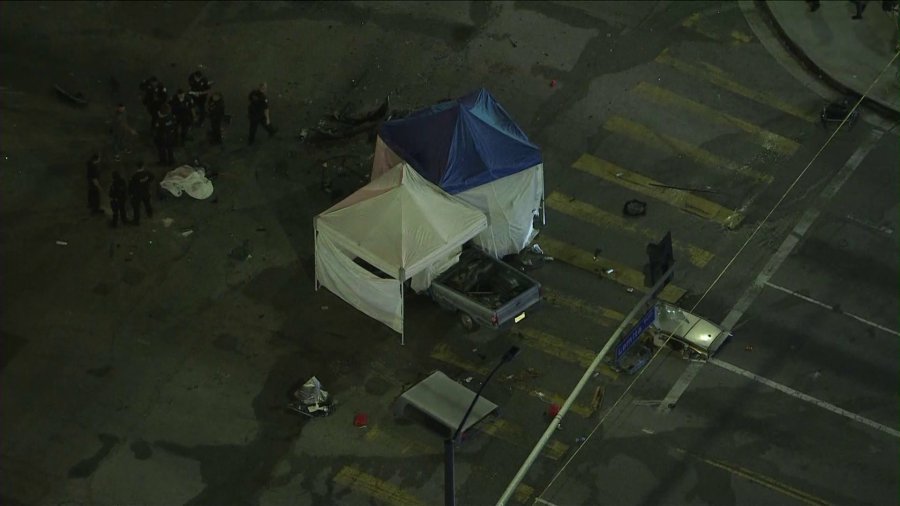 The crash at about 8:15 p.m. introduced staff from the Los Angeles Police and Fireplace departments to the intersection of Avalon and Lomita boulevards, officials stated.

By the time the Fire Section arrived, a car or truck that experienced been on fire was extinguished, but a person man or woman was lifeless.

The LAFD worked to extricate a further passenger, but that person was also “decided lifeless on scene,” the LAFD mentioned in an update.

Footage shared to the Citizen application shows flames coming from a car just before various firefighters and police officers arrive on scene.

No data about the situation of the crash or the victims has been produced.