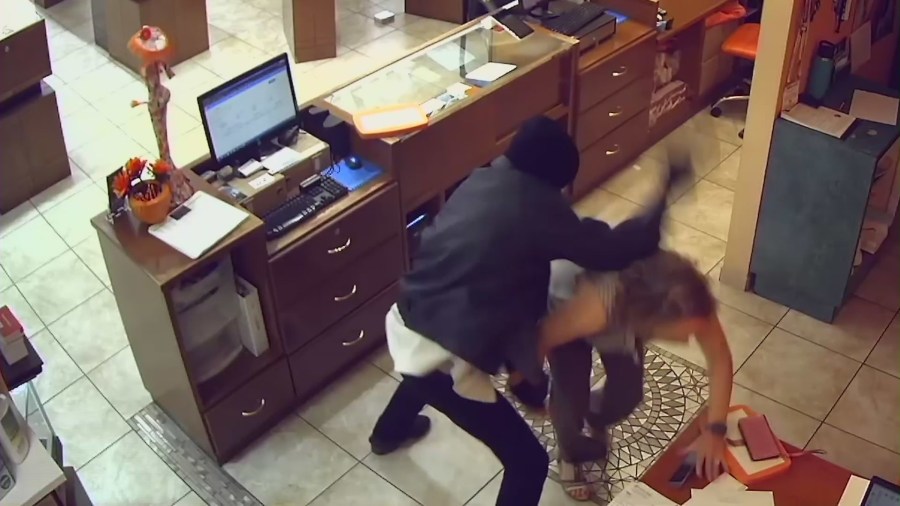 Officials announced Friday that two men have been apprehended after they allegedly robbery a jewelry store in Rancho Cucamonga, with one of them pistol-whipping the store’s owner in the process.

Lamar was arrested in San Bernardino, while Olvera was taken into custody in Rancho Cucamonga. Both were booked into the West Valley Detention Center.

Margarita Pereda, who owns the jewelry store, told KTLA that she was hospitalized for several days after the attack left with an open wound on the back of her head. Surveillance footage captured the savage beating.

“I was bleeding a lot, I was thinking I’m not going to make it because there was blood everywhere,” she said.

Despite feeling like the robbers, who were dressed as an Amazon delivery man and a security guard, were “ready to kill” her, Pereda said she has no intention of shutting down her business.