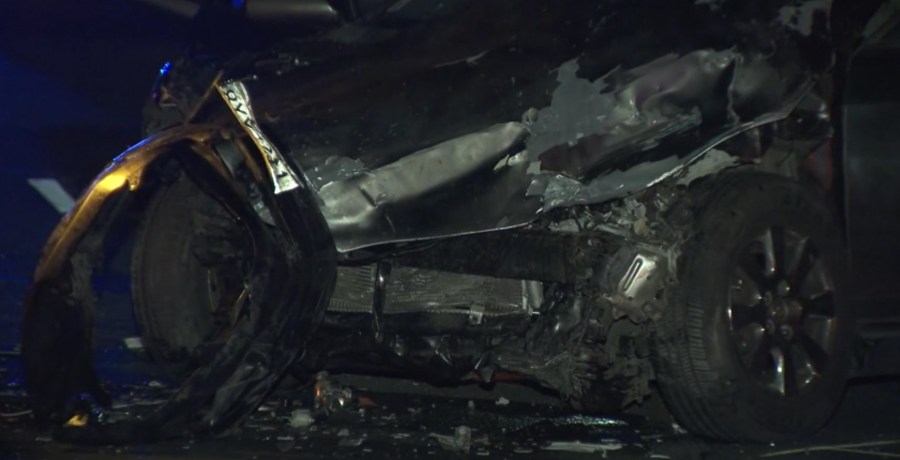 A crash in Arleta Sunday night ejected an infant and required the “jaws of life” to be used to extricate a driver.

The collision in the 13900 block of West Terra Bella Street was reported at about 8:50 p.m., according to Sgt. Rich Brunson of the Los Angeles Police Department.

A gray BMW sedan and a black Toyota Camry were both headed west on Terra Bella when the BMW attempted a u-turn and was t-boned by the Camry, Brunson said.

“The impact between those vehicles caused the infant to be ejected from that vehicle,” said Sgt. Rich Brunson. “There is a child seat in that vehicle, but we are, as of right now, unable to determine if that child was appropriately restrained.”

The driver had to extricated from the vehicle by the Los Angeles Fire Department, and both driver and infant are in critical condition, the baby with “some kind of head injury,” Brunson said.

The driver of the Camry, who remained at the scene, was not intoxicated and is believed to have been driving within the speed limit, Brunson added.

The condition of the third person is unknown, and no further details were available.