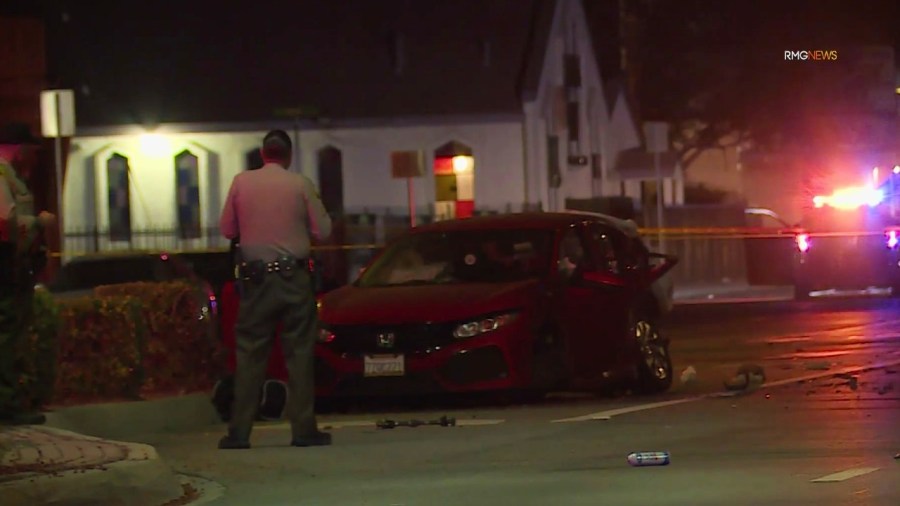 A witness said the females were in a red sedan that was drifting or swinging around the intersection during a street takeover. Authorities have not confirmed a street takeover was going on at the time but are investigating.

One of the females was apparently hanging out of the window when the sedan collided with an SUV that was traveling through the intersection from another direction, according to the witness.

The unidentified female was ejected from the sedan and died. The second female killed in the crash was also in the sedan but was not ejected.

The driver was initially believed to have fled the scene but investigators later determined the second female was driving the vehicle.

Treyshawn Cooley, who was driving the SUV, said he had no idea what was going on as he approached the intersection.

“I guess he didn’t see me or whatever. My light was green,” Cooley said.

Street takeovers involving multiple vehicles and dozens of onlookers have been a growing problem in the Southland recently.

Social media is used to spread the word, but authorities often don’t find out until it’s too late and the drivers have already moved on to another intersection.