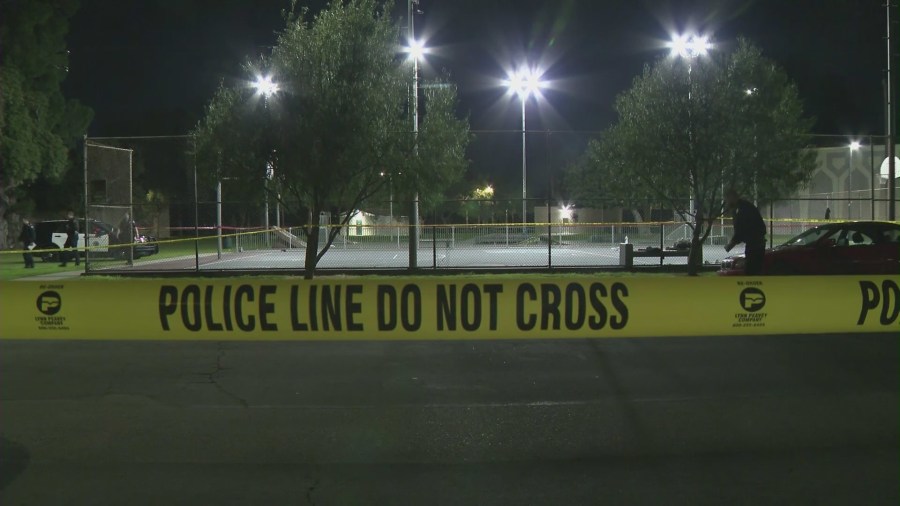 Two men were also injured in the shooting, said Long Beach Police. No identities have been released.

Officers responded to Silverado Park on the 1500 block of West 31st Street around 1:51 p.m. after receiving reports of shots fired.

The victims were hanging out at the basketball courts when a group of people drove by and exchanged gunfire with another person at the park, police said.

When they arrived, the 17-year-old was found critically injured, police said. The other two victims suffered non-life-threatening injuries.

“There were a lot of shots,” said one witness. “I was asleep and I had the window open and it woke me up out of my sleep.”

Good Samaritans stayed with the boy until help could arrive. Officers performed life-saving measures on the teen before he was transported to a hospital in critical condition.

The incident is being investigated as a possible gang shooting. Neighbors in the area say it’s a rough community.

Details are limited and the motive behind the incident remains under investigation.

No suspect information was released.