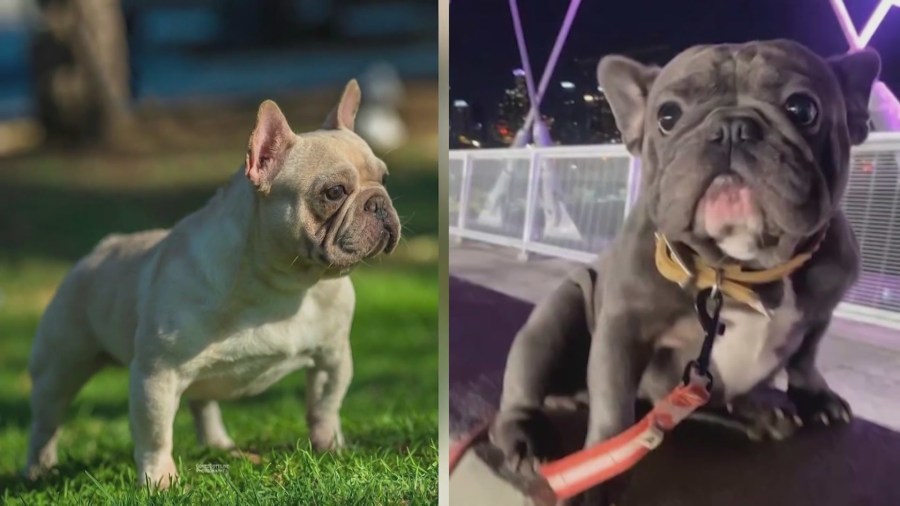 The Los Angeles Police Department announced the arrest of a 15-year-old boy accused of stealing a pair of French Bulldogs at gunpoint on the 6th Street Bridge.

The incident, according to one of the victims, happened around 11 p.m. when he and some friends were walking the dogs across the bridge. That’s when he said a car came up and stopped.

“He pulled up beside us on the street and he pulled out his gun,” the victim told KTLA’s Jennifer McGraw.

The thief then demanded that they hand over the two dogs, 4-year-old Rhino and 2-year-old Bluesky.

Unfortunately, the two dogs have not yet been located.

Police believe the dogs are in the South L.A. neighborhood where the 15-year-old lives and that the suspect may have given the dogs to a friend to hide or sell, one of the victims told KTLA in an email.

According to officials, the 15-year-old has been charged by the district attorney’s office with two counts of armed robbery.

Anyone with information about the stolen French Bulldogs is urged to contact the Los Angeles Police Department.