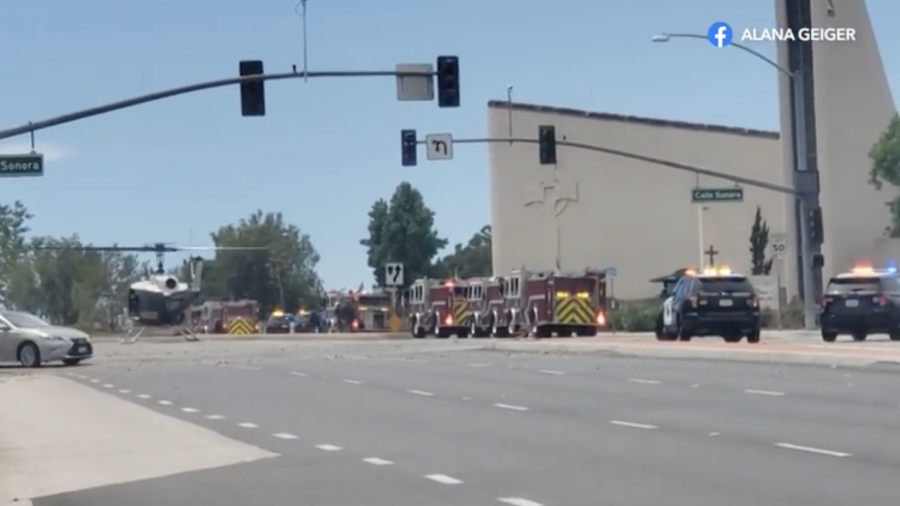 One person died and four others were hospitalized with critical injuries following a shooting at a Laguna Woods church Sunday afternoon.

Orange County Sheriff’s deputies responded to Geneva Presbyterian Church on the 24000 block of El Toro Road, around 1:30 p.m. for a report of several people who were shot.

Firefighters and paramedics were called to the scene to transport “multiple patients,” the Orange County Fire Authority said in a tweet.

Around 3 p.m., the Sheriff’s Department announced four people were critically wounded and another person suffered minor injuries. One person was declared dead at the scene.

A suspect was taken into custody and a weapon was also recovered at the scene, Sheriff’s officials said.

The Orange County Sheriff’s Department plans to hold a press conference to discuss the shooting Sunday at 5 p.m.

Gov. Gavin Newsom’s office released a statement Sunday afternoon that said it was monitoring the shooting and working closely with local law enforcement.

“No one should have to fear going to their place of worship. Our thoughts are with the victims, community, and all those impacted by this tragic event,” the statement read.

Check back for updates on this developing story.