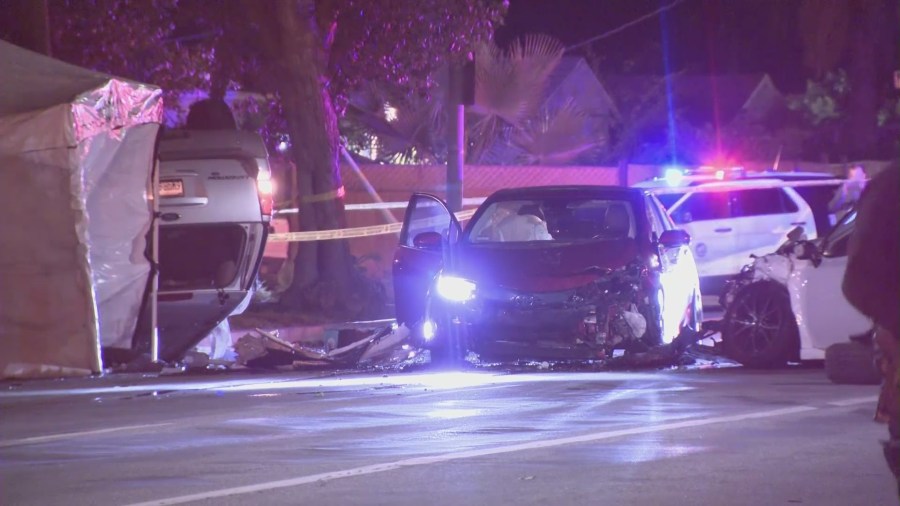 One person has died and six others were hospitalized after a multi-vehicle crash in Winnetka on Saturday night.

The fatal crash happened near the intersection of Roscoe Boulevard and Corbin Avenue around 7:42 p.m., according to the Los Angeles Fire Department.

Officials say three vehicles were involved in the deadly crash. The victims’ identities have not been released.

Two sedans and one SUV appeared to be involved. The collision’s impact caused the SUV to completely roll over and land on its roof.

Images from the scene show three totaled vehicles with a ton of debris scattered across the main thoroughfare.

Bystanders who heard or witnessed the crash ran over to help, but the collision happened so quickly, they say it was too late.