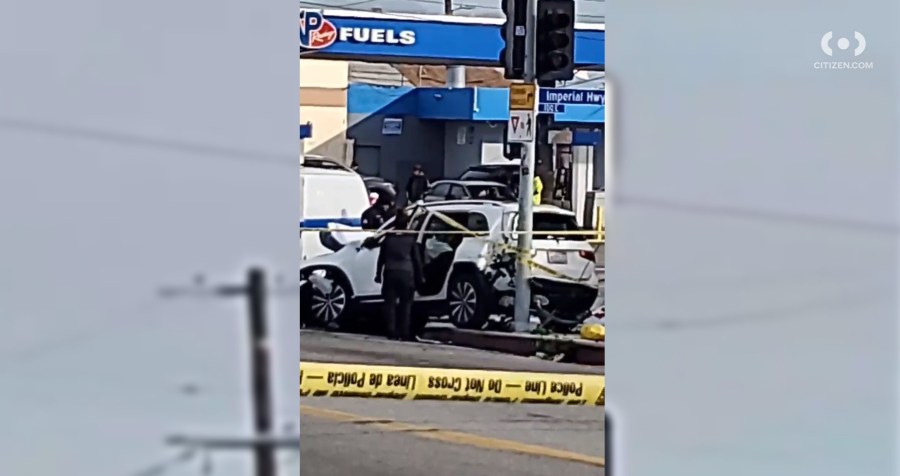 A two-car crash in the Broadway-Manchester area of South Los Angeles left one person dead at the scene and hospitalized another person in critical condition.

The collision was reported just after 5 a.m. in the 11400 block of South Main Street, the Los Angeles Fire Department said in an alert.

One vehicle careened into a building, and at least one of the drivers was trapped in their vehicle, though fire officials have not detailed who was trapped.

Footage shared to the Citizen app shows a badly damaged white SUV at the scene.

No information about the drivers has been released, and no one else was injured.

The L.A. Department of Building and Safety will inspect the structure.